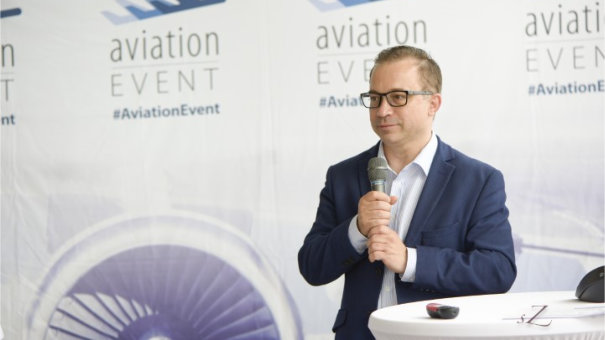 About one year ago, I took the opportunity to speak about the topic of aviation bringing peace. I used the phrase ‚bringing peace‘ because aviation unites people and nations, promoting economic growth and thus creating prosperity even in more remote regions. Bonds are formed between countries, fomenting the exchange of ideas and creating business opportunities. People that know and understand each other, and who travel to each other’s countries, will be less vulnerable to conflict.

Now, a year later, we are facing a time with hardly any aviation at all – at least in the short term. And the reason is an illness, a virus, or rather the speed of its spread – although due to highly efficient throughput and filter systems on board the danger of contracting the virus in an aircraft is very low, even when closely seated. Of course, there is no hundred percent guarantee of non-infection – not least due to shuttles, airports and destinations where the air is not always produced or filtered to operating-theatre quality.

The aviation industry did nothing to deserve this situation, which is the argument most airline and airport heads raise when asking for state aid. And it is true: nobody in the aviation industry is responsible for the disaster. Whether there are culprits at all or whether they can be identified remains an open question; this issue will probably never be conclusively resolved. What we do know, however, is that overly close contact between (wild) animals and humans will have played a role.

What now? During the course of June, passenger aircraft – virtually all of which have been grounded – will slowly but surely return to the air. Nevertheless, we will still be a long way from pre-crisis air traffic levels. Apart from air cargo, the worldwide airline network has come to an almost complete standstill. Air cargo is an exception, since nearly all governments have at least a minimal interest in maintaining supply chains, especially as cargo and luggage are not known to transport (and thus spread) viruses.

Some airlines will not rejoin the market as early as in June, or will no longer be there (bankruptcy). Other airlines which were presumed dead are still there – or there again; because of abundant state aid, distorted competition is a factor. Ironically, weak market participants could now turn into temporary winners. Unfortunately, there is no EU-wide approach to state aid for airlines and airports – due to which such aid will definitely create market distortions.

The French model essentially comprises subsidies aimed at avoiding airlines giving up on short and domestic flights, whereas Italy does not impose any conditions at all, apart from workforce reduction. Therefore, what we are seeing is inequality par excellence. Will ticket prices increase or fall? Probably both. They will increase as a result of a lower supply and higher margin pressure; and they will fall as a result of some providers attempting to accelerate market dynamics and to generally increase cabin occupancy on certain routes.

Personally, I think the model discussed in the US makes sense: the idea is to heavily subsidise all, or certain, routes initially via state aid, and then to gradually taper such funding, thus quickly restoring part of the original offering on the one hand and providing infrastructure, i.e. flight frequency, on the other. This would obviously lead to individual routes being flown (half) empty at the beginning. Supply and demand will balance that quickly. Conclusion: the angels of peace will continue to fly – just less in the short term. Another reason to take good care of them.

The author is initiator and leading organiser of the international Aviation-Event platform.

Aviation-Event 2020 The event scheduled for June at Vienna Airport was postponed and will be taking place at the beginning of December. In case this also turns out to be impossible due to COVID-19, the back-up date is 6 May 2021. For current news, please visit www.aviation-event.com.