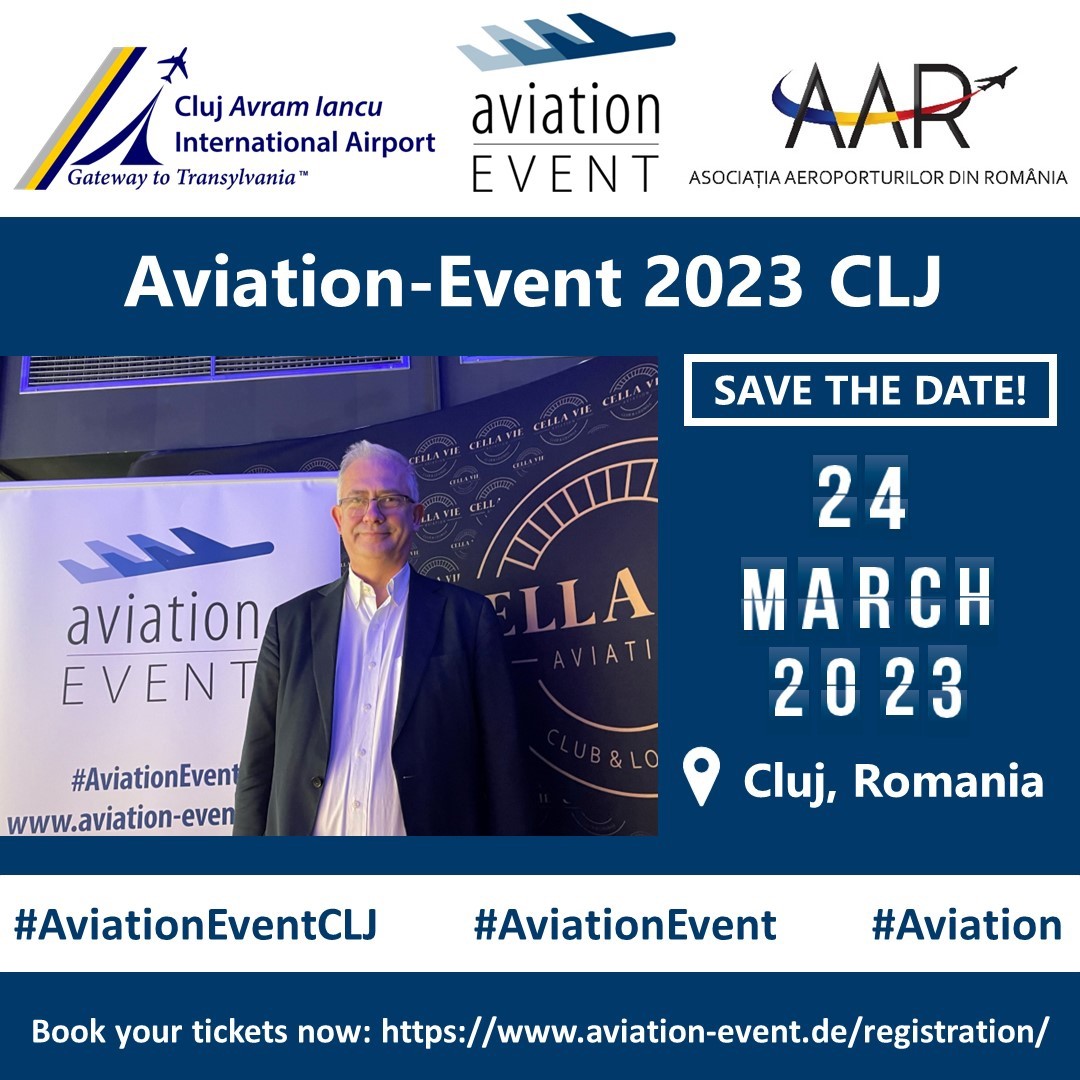 Cluj International Airport is an airport entity under the authority and ownership of Cluj County Council, which through its international activity contributes effectively to the development, welfare, and global connectivity of the entire region.

The multi-year partnership announced today is another step taken onwards a holistic process and engagement of all parties in developing Aviation-Event into a referential stage for face-to-face meetups, meaningful debates and sharing of current aviation practices and trends.

Cluj International Airport becomes once again a referential point on the map of dynamic European Airports with an appetite for setting new standards in the handbook of aviation good practices, while also establishing Cluj-Napoca as the European capital of the aviation industry for one day each year, through its host attribute of Aviation-Event 2023-2027 CLJ.

Aviation-Event CLJ is an international conference that brings together in a one-day conference, worldwide civil aviation professionals, representatives of the relevant national authorities, airlines, and airport CEOs from Europe and Romania.

The 2023 conference for example, aims to gather leaders from the European aviation industry, but also worldwide aviation professionals, who will present new perspectives for civil aviation development at the international level in the post-pandemic context and the continuing need of the ever-changing aeronautical industry, to adapt to new scenarios.

Marcel Riwalsky, CEO, Aviation-Event, declared: “After the first edition success, Aviation-Event is very enthusiastic to host a multi-year aviation conference in Cluj-Napoca, Romania. Special thanks to Mr. Ciceo, CEO, of Cluj International Airport for realizing this vision and having a motivated team at CLJ airport to co-organize this extravagant conference.”
David Ciceo, CEO, Cluj International Airport: “We are extremely delighted to announce this recently concluded partnership for organizing Aviation-Event CLJ conferences in the 2023-2027 timeframe. This will give us the opportunity to be permanently connected to the most debated and challenging problems and discussion topics of the aviation world and thus contributing effectively to the deliverance of sustainable solutions for the future of a resilient and proactive aviation industry.“